And Then There Were Three: America’s All-Male Colleges 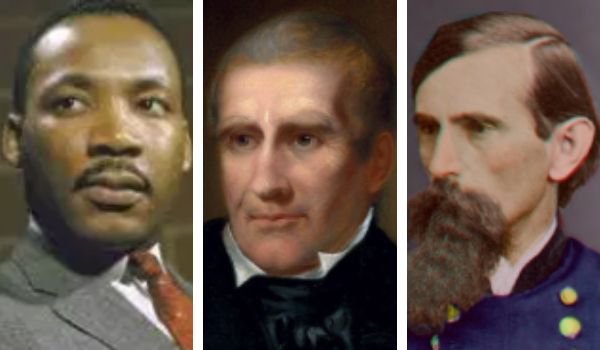 Once upon a time, quite recently in fact, single-sex colleges weren’t at all unusual. Though the coeducation movement of the 1960s sent the dominos tumbling, single-sex colleges have continued to have their advocates, especially among women. While there are now only 34 all-female colleges in North America , a steep decline from the 281 in operation on the eve of the coeducation movement, we’re guessing that a fair number of them will be able to hold out against going co-ed. Given that women comprise well over half the college population, demographic and economic factors and the desire of many women to avoid what they regard as toxic masculinity make the continued existence of the all-female college sector a safe bet—at least until “man” and “woman” become impossible to define, and “co-ed” becomes meaningless. Men’s colleges, bowing to societal changes and beset by legal challenges, have not fared as well as their distaff counterparts.

According to the College Board, there are only three traditional four-year, fully accredited, all-male undergraduate colleges to choose from. If a prospective applicant doesn’t believe transgender students are who/what they say they are, he’ll need to drop one college from the list, and if he happens not to be black, he is likely—though not certain—to experience some disappointment if he applies to all three.

Leading our list with the one that supplies the uncertainties, we present the three remaining traditional colleges for men (sort of):

Morehouse College, established in 1867 and located near downtown Atlanta, is one of the nation’s most prestigious historically black colleges. Considered medium-sized by the College Board, Morehouse has 2,200 students, of whom 605 are degree-seeking freshmen and nearly three-fourths of whom are from outside Georgia. Almost all freshmen—97 percent—live in college housing, with 61 percent of all undergraduates doing so. Tuition and fees run $27,576 per year. The freshman retention rate is 75 percent, with business subjects being the most popular major, accounting for 28 percent of Morehouse students.

Although 97 percent of Morehouse students are black, 2008 valedictorian Joshua Packwood is white and turned down an Ivy League scholarship to attend Morehouse. He subsequently became one of the school’s four Rhodes Scholars. It can be done.

Alumni include former Domino’s CEO Herman Cain, Samuel L. Jackson, Martin Luther King Jr., and former Surgeon General David Satcher. The school emphasizes the virtues of the “Morehouse Man,” and as of 2020 it also will allow for the possibility of a Morehouse (wo)Man.

Edwin Moses took up the 400-meter hurdles while studying physics and engineering at Morehouse. Within four months he had an Olympic gold medal and the world record, which he broke over and over while winning 122 consecutive races over nine years. After his third Olympics as a hurdler, he became a world-class bobsledder and a noted reformer in Olympic eligibility and drug-testing matters.

Hampden-Sydney College, established in 1775 and located on 1,300 acres of countryside near Hampden-Sydney, Virginia, is the 10th-oldest institution of higher learning in the country and the oldest of the remaining men’s colleges. H-SC has 1,072 undergraduates, of whom 343 are degree-seeking freshmen. Seventy percent of the students are from Virginia, and 95 percent live in student housing. The freshmen retention rate is 81 percent, and business subjects are the most popular major, with 28 percent of Hampden-Sydney students going that route. Tuition and fees are $46,980 per year.

Hampden-Sydney is known for its Code of Conduct, according to which the student “will behave as a gentleman in all times and in all places,” and its student-enforced honor code. Alumni include President William Henry Harrison, novelist William H. Armstrong (Sounder), New York Times correspondent Jonathan Martin, plastic-surgery pioneer John Peter Mettauer, and a nearly endless list of mostly Southern generals, governors, senators, members of Congress, state legislators, and jurists.

Hampden-Sydney alumnus Tom Miller played for the Packers, Eagles, Redskins, and Steagles—a Steagle being what you get when there’s a war on and the Eagles and Steelers merge for a while. He went on to work for the Packers in a variety of executive roles for 32 years, including a stint as an adviser to Vince Lombardi when the Packers were winning the first two Super Bowls.

By the way, H-SC also has its own etiquette guide, To Manner Born, To Manners Bred. Hint: You do not have to be a Hampden-Sydney student to read this book.

Wabash College, located in Crawfordsville, Indiana, is the smallest of the three all-male colleges, with 882 undergraduates, 274 of whom are degree-seeking freshmen. Nearly 80 percent of the students are from Indiana, and 86 percent of freshmen return for sophomore year. Campus housing is home to 99 percent of the student body. The social sciences are the most popular fields of study, accounting for 23 percent of all Wabash students. Tuition and fees come to $44,720 per year.

Wabash alumnus Don Leppert hit a home run on the first pitch thrown to him in the Major Leagues and went on to become an All-Star catcher (he’s not to be confused with the second-baseman of the same name) and a long-time coach, earning a World Series ring with the Pittsburgh Pirates. He even managed to umpire a game during an umpires’ strike. The kid in the photo is his son Steve, an All-American at one of our almae matre, Jacksonville State. Thanks for the pic, Steve.

Wabash College athletic teams compete in NCAA Division III as the Little Giants, though Baseball Reference has Don Leppert at six-two and 220, not somebody a runner coming in from third would consider a petite blossom.

That’s all, folks. If you’re interested in a regionally accredited all-male institution of higher learning that grants bachelor’s degrees in a variety of subject areas, you do not have to worry about being overwhelmed by all the choices.

Whither single-sex higher education? It would be irresponsible of us to speculate about the future. Without doubt single-sex colleges will remain attractive to many students, but whether the model will remain fiscally viable and legally permissible remains to be seen.

The Coaching Educator has spent more than a decade helping students weigh factors such as college type, size, academic offerings, and curricular rigor in choosing the right college. We’re also proud of our success in helping them secure the financial aid they need.

To learn more about our philosophy and capabilities, be sure to watch our free webinars, listen to our podcasts, sign up for our four-week College App Boot Camp, consider our Ultimate Programs and our special services for athletes and performing-arts students, and book a consultation to hear what we can do for you and how we do it. Keep reading this blog, and look for us on social media (see links below) as we keep our clients and admirers advised of new developments in our effort to help students get into and succeed at the right school.

Paul Culp is certified as a global career development facilitator and writes about college admissions, college costs, financial aid, and college life in general for The Coaching Educator team. A former journalist and corporate ghostwriter who now operates Shenandoah Proofreading, Editing & Composition Services (SPECS), he has also been a humanities teacher at all levels from university down to sixth grade. Paul has degrees from Oxford University, Jacksonville State University, and Samford University, and also is certified as a fitness trainer.

We hope you enjoyed And Then There Were Three: America’s All-Male Colleges. We also recommend: